Today we are pleased to introduce secret files on Northflank. For Kubernetes users this capability is known as ConfigMaps, Docker users as volume -v ./config.yaml:/var/application/config.yaml and PaaS users as secret files. Ensuring compatibility with these three different use-cases was essential. Users will be able to use secret files in their workflows alongside secret groups, environment variables in deployments and builds seamlessly. 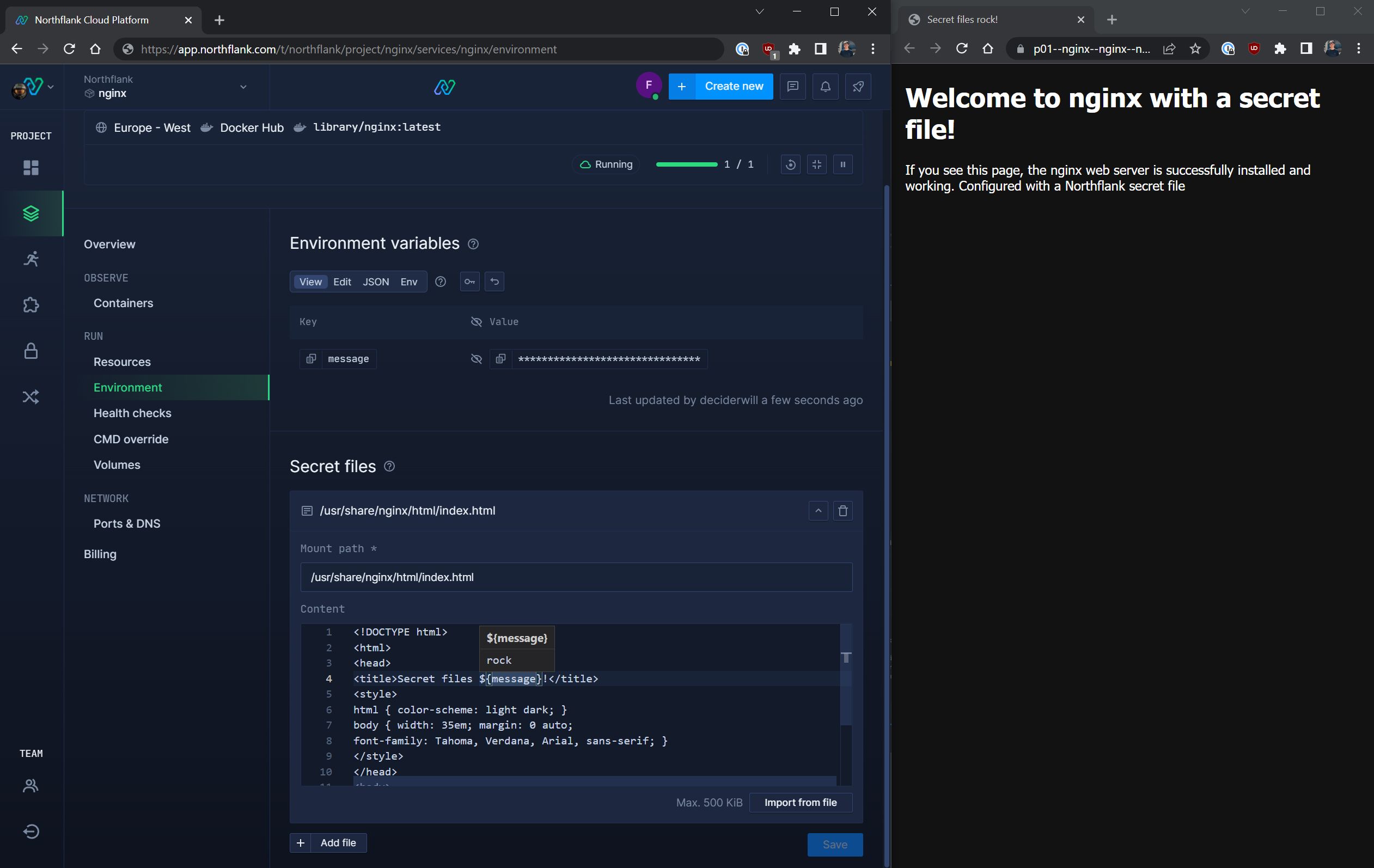