We are excited to release support for switching the target Git branch in services via Build Options > Version control source settings. You now do not need to create a new service, pipeline or build service when you wish to simply change the branch. This was a highly requested feature and will improve the flexibility of our most accessible feature. In the future you will be able to change the Git repository. 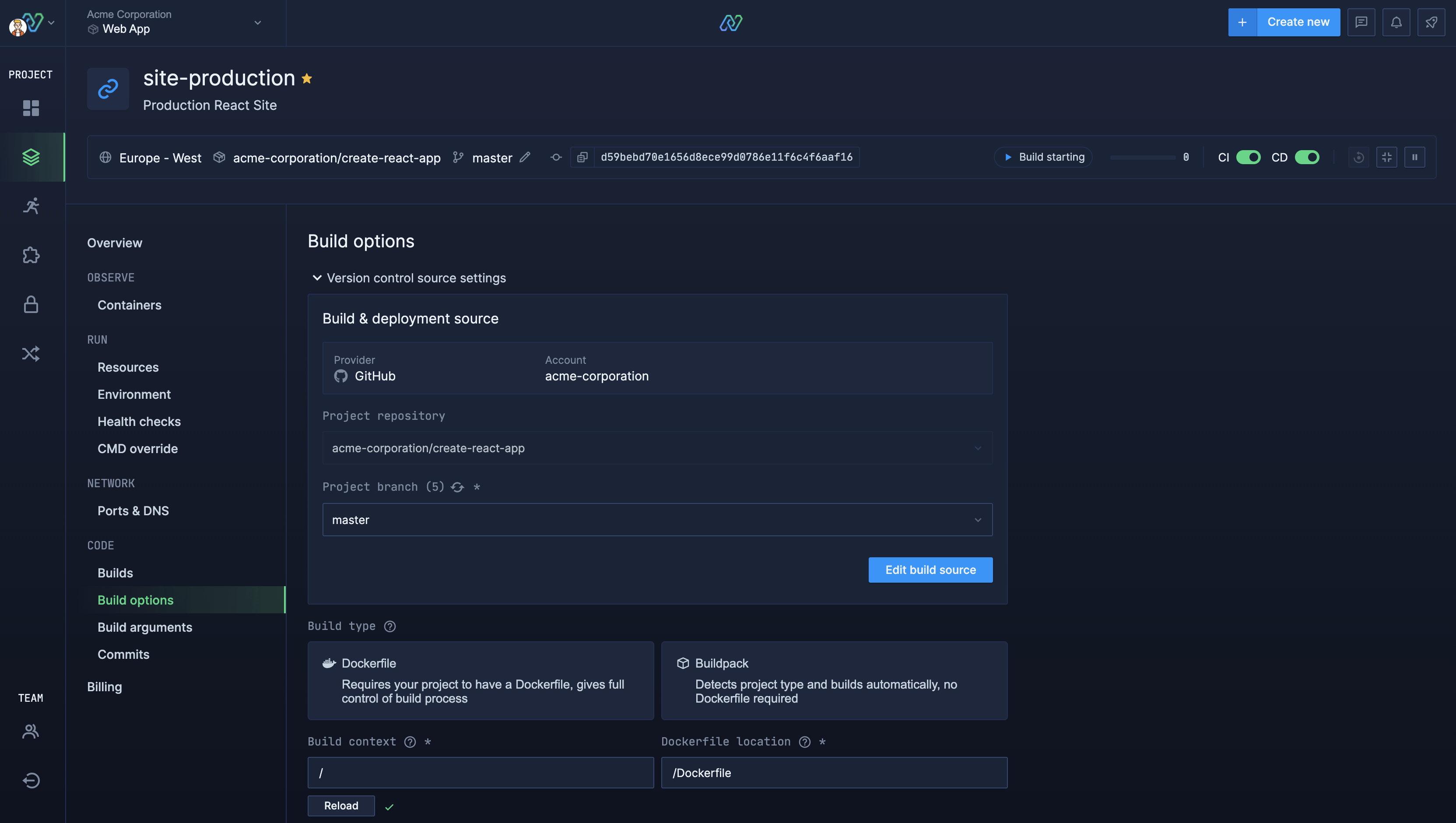