In addition to our existing native backups (backup dumps), we are excited to introduce snapshots (also called disk backups) for all our database offerings (MySQL, PostgreSQL, MongoDB, MinIO and Redis).

This was made possible and is powered by the Kubernetes CSI driver and works across currently supported providers: Northflank PaaS, GCP, AWS, bare-metal (K3s Longhorn) and Azure.

Snapshot (Disk) backups take a snapshot of the whole volume at the point of the backup.

We have already seen users implementing Northflank cron jobs to trigger regular snapshots and hourly native backups via the Northflank API, excited to see how this evolves! 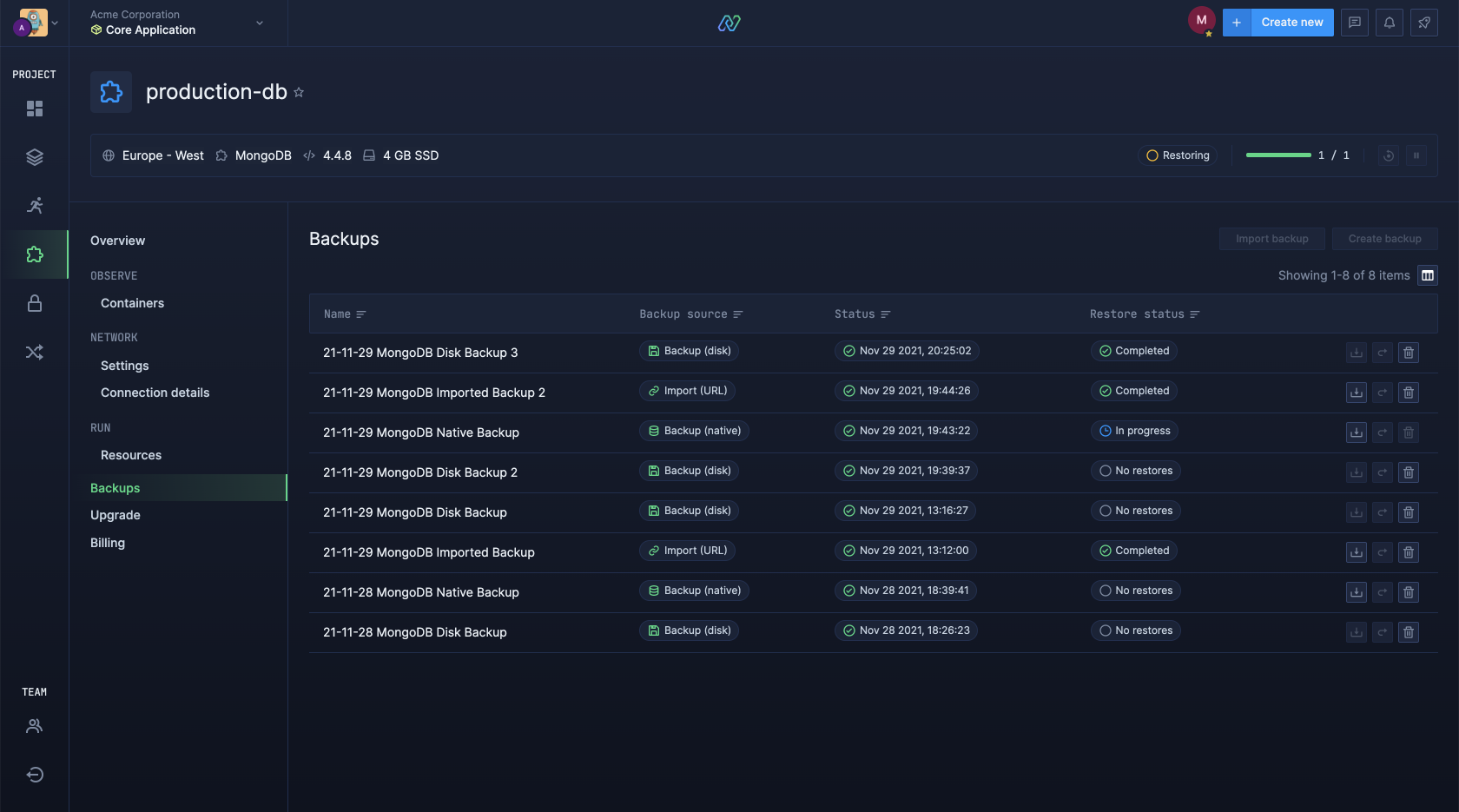