We are excited to release dynamic environment and secret templating. This enables developers to generate environment variables from multiple sources including defined variables and inherited secrets from managed databases. A good example is when your code requires a slightly different connection string or when you need to set a custom option as seen in the example below.

Templating has been added as a tooltip for table view and inline edit modes, and as a Monaco editor component for JSON, and .env. All UX flows have smart auto-completion to search across all available keys and aliases, allowing you to reference inherited values. 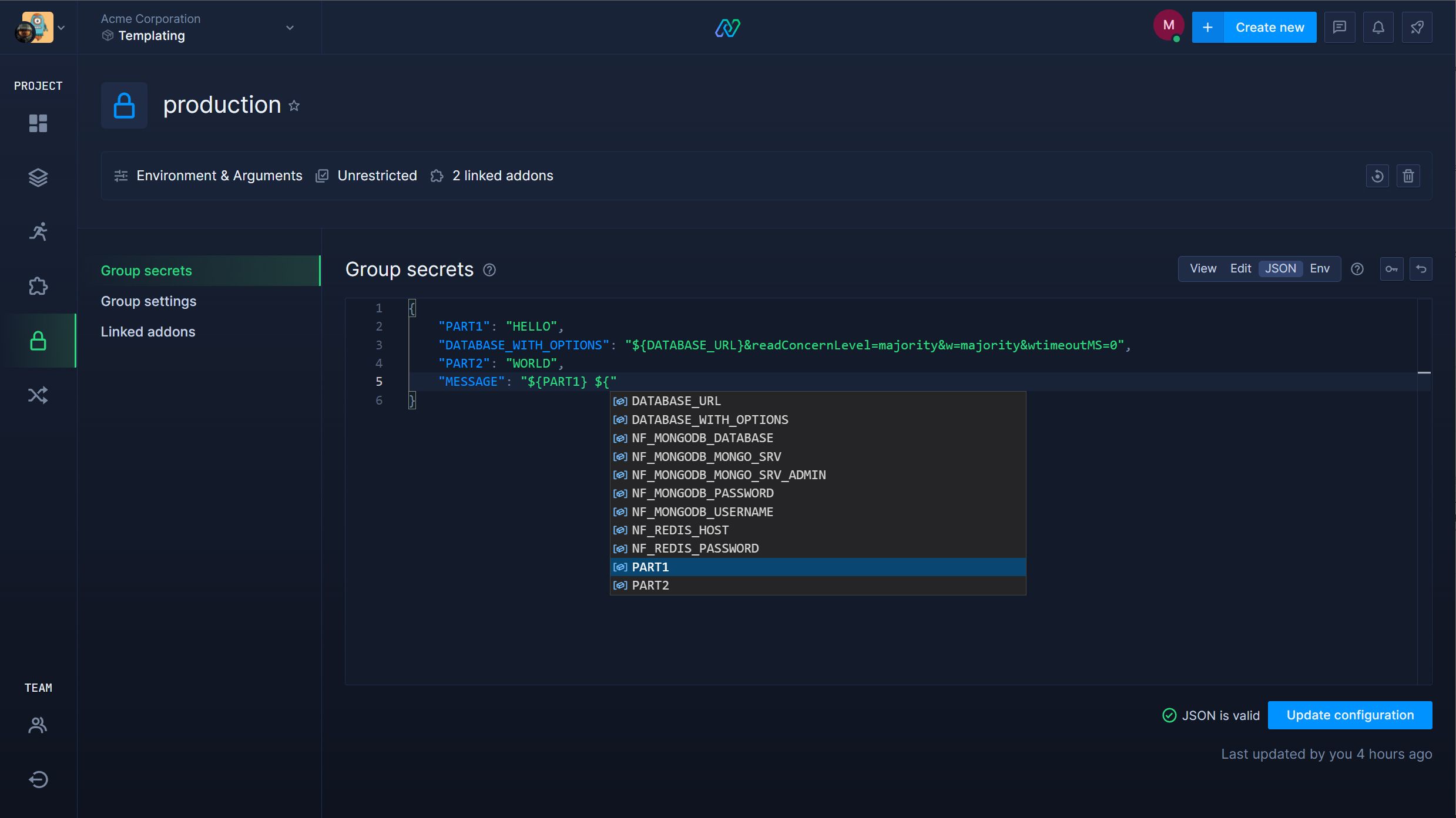 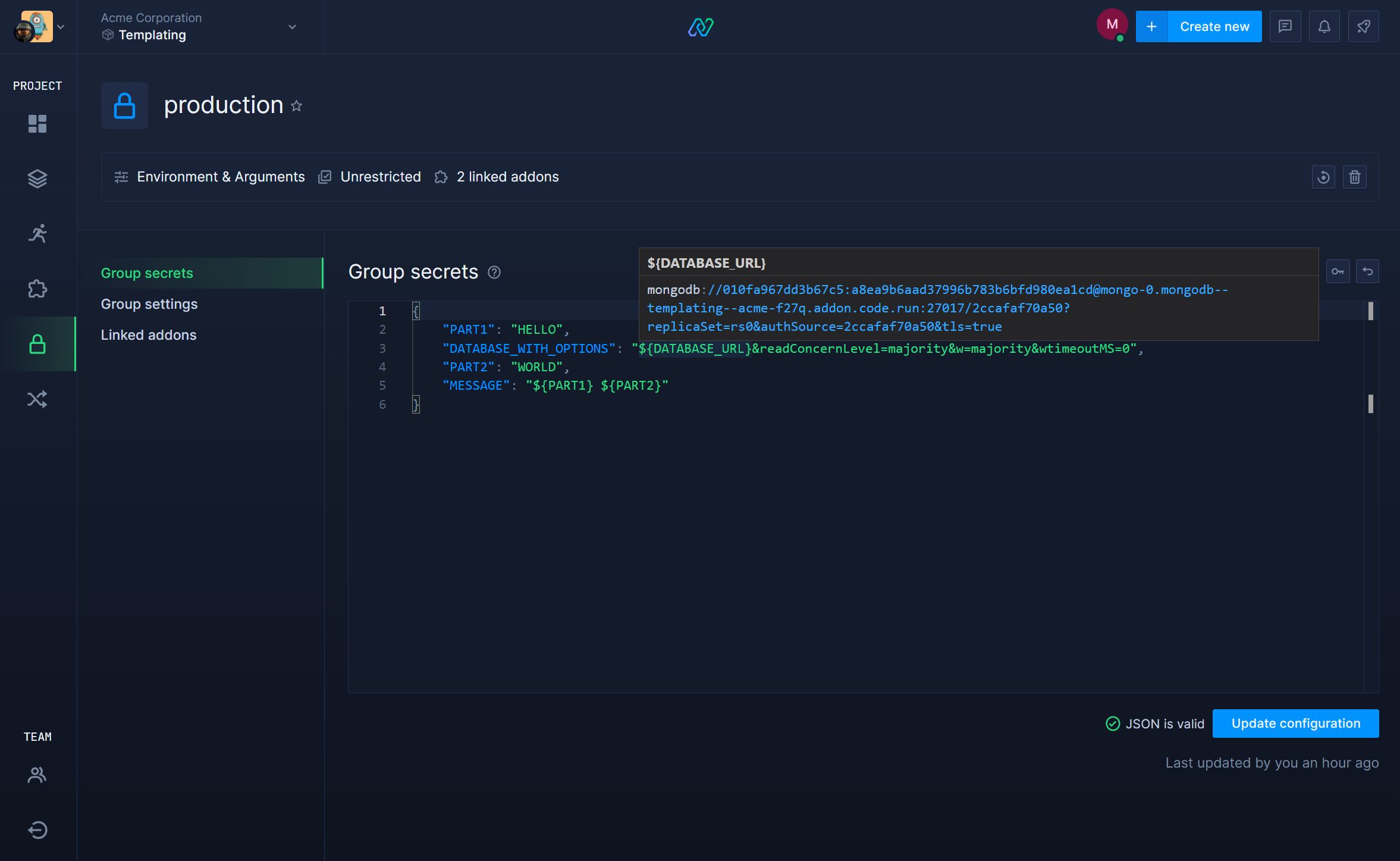